Will the Paris Climate Agreement Work? 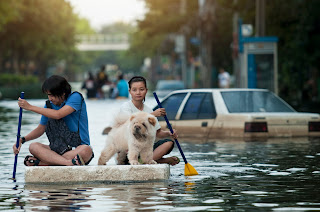 In December of 2015 195 countries rallied together in Paris, France to put into effect the first legally binding global climate deal. There has been global climate negotiations going on since the Rio De Janeiro Climate Summit in 1992. It was at this summit that countries vowed to decrease there emissions to the previous 1990 levels.  It was a goal which many countries failed to meet. As countries continued to move forward to the 1997  Kyoto Protocol, countries once again agreed upon that they would attempt to lower their emissions by five percent by the year 2012. Again most countries failed to reach this goal and the United States refused to even sign this agreement.

So what makes the Paris Climate Agreement  any different than the past failures of the Kyoto Protocoland the Rio Climate Summit? The answer lies in the visual damage and urgency that is being seen across the globe that is being caused by global warming and countries and all countries were finally able to agree on the following initiatives.

1.)    a long-term goal of keeping the increase in global average temperature to well below 2°C above pre-industrial levels;

2.)    to aim to limit the increase to 1.5°C, since this would significantly reduce risks and the impacts of climate change;

3.)    on the need for global emissions to peak as soon as possible, recognizing that this will take longer for developing countries;

4.)    to undertake rapid reductions thereafter in accordance with the best available science.
These highlighted aspects of the agreement look rather promising and with cooperative efforts and a solid action plan, they can be implemented. 195 countries vowed to regulate their emission outputs and to review them every five years in order to make sure that they are on pace with their goal. This agreement also pledges transparency of their progress to the other countries as well as the people as to their progress in reducing emissions in their individual countries.

Besides the obvious mitigation techniques that will be used to combat climate change the agreement also looks into reducing the impact of the climate change effects that we will not be able to moderate. Although in this area it can seem vague simply stating they will “acknowledge the need to cooperate and enhance the understanding, action and support in different areas such as early warning systems, emergency preparedness and risk insurance.” but nonetheless we are moving forward.

After reviewing the Paris Climate Agreement and comparing it with past global agreements it seems that we have become more precise in actions and accountability that can produce results if implemented by each country.  The actions of each country must be sound and resistant to political motivations that distract from the ultimate mission and goals of the agreement. This agreement lays out solid goals for diminishing the global rise in temperature, but each country must ratify the agreement with their own action plan.  Change will only come when countries are forced to bring change in fear of the repercussions of an enforcement agency. Until then we must remain hopeful that countries will ratify the agreement and move forward collectively.  Without global cooperation, we will continue to have fruitless conversations about climate change.  We must act and implement before it is to late to reverse the damage.