Why Don't People Want to Recycle? 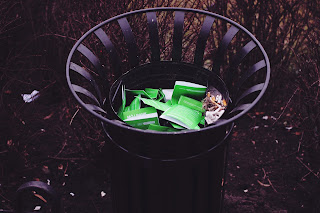 Does walking by a trashcan filled with empty water bottles or a pile of paper make your blood boil? If yes, then you’re not alone. However, what you need to understand is the fact that there are many people in the world that don’t share your sentiments. These people aren’t on the same page as you when it comes to being eco-friendly.
There are many reasons why these people don’t recycle. Even though we’ve already talked about ways to encourage people to recycle, knowing the top reasons people don’t recycle will help you to devise the most appropriate ways of encouraging people to do so.
Lack of personal incentive
Unlike refundable bottle returns, recycling does not come with any financial payouts. Unless there’s personal gain involved, most people don’t feel compelled to recycle. You need to make these people understand that dumping everything in the trash can is a hazard for everyone.
Tell them that certain metals, electronic waste, printer cartridges, foam, rubber, and other materials contaminate ground water and landfills. Just make them understand that there’s a lot to gain by not throwing everything away.
No motivation for living a ‘green’ life
There are some cities or municipalities that don’t even offer a recycling service. Also, some people don’t have recycling bins in their apartment complexes. As a result of this, people have to take out time just to find out about and where the recycling centers in their area are. Most people see this as an unnecessary trouble and thus, decide against recycling. If you know people that don’t recycle as a result of the above-mentioned things, you can motivate them by doing the following:
·        Tell them that they can contribute to the environment by doing efforts other than ‘recycling’.
·        The efforts include reducing the amount they throw away, donating to a local charity, and making efforts to reuse when they can. Reusable items include: bottles, plastic bags, foil, coffee grinds. 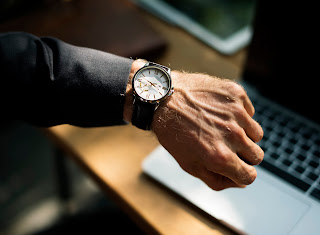 Lack of Time
Some people see washing out items, bagging recyclables separately and dropping them off at a recycling center as a time consuming activity. This serves as another reason for them not to recycle on a regular basis. You need have people understand that by dedicating half an hour each day to recycling, they can help make a big impact. Inform them that paper takes five months to break down in a landfill, milk cartons take five years, plastic bags take 10-12 years, and a glass bottle takes about a million years!

Lack of Money
Many people avoid recycling as they don’t want to pay for the gas to commute to a recycling center or see the monthly expense of paying for a recycling service as a burden.  Additionally, paying extra for reusable items like shopping bags is something they don’t like. When people cite the above-mentioned reasons for not recycling, tell them the following fact: An economics study found that curbside recycling delivered an average environmental savings of $68 per household per year. This equated to $424 million per year.

Inappropriate knowledge
Another major reason people don’t recycle is because they have been misinformed about certain things.  Most people have incorrect information about the urgency of the growing waste problem in the world which includes the challenge of limited space and its impact on the Earth. Most of them believe that Earth’s resources are in abundance. Therefore, they don’t feel the need to recycle.
You need to make these people understand that the need for recycling is growing with each passing day. There’s plenty of room for improvement as the Environmental Protection Agency (EPA) estimates that 75% of trash is reusable/recyclable.
You are the difference maker and the encourager we need to steer our global community in the direction of sustainable. There are so many benefits now and for the next generation.
Share Share on Facebook Tweet Tweet on Twitter Pin it Pin on Pinterest