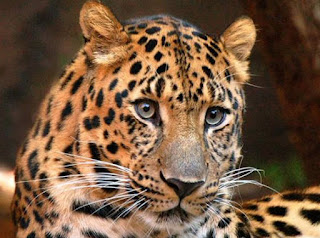 The effects of climate change are being seen on a global scale and in increasing frequency. Often times these effects are viewed through the lens of how they are affecting or if continued will affect the human population. It is important to remember that climate change does not just effect the humans on the planet but every plant and animal in nearly every ecosystem as well. If we are truly looking out for own self-interest then the safety of the ecosystems that nurture our very survival should be at the forefront of our protection and mitigation efforts. The effect of climate change on varying ecosystems can already be seen through the increasing numbers of endangered and extinct species.
As the globe warms the ecosystems that are home to the globes flora and fauna are being altered dramatically. From polar bears in the arctic to bristle cone pines in the western United States, climate change is diminishing species populations around the globe. So how is the warming of the globe effecting the world’s ecosystems? As the globe warms the ice sheets in the arctic begin to melt which reduces hunting grounds and habitat for large mammals such as polar bears. As the result of climate change the temperature of the ocean has begun to rise as well. This rise in ocean temperature cause the demise of cold water loving fish such as salmon and cause coral bleaching which results in total ecosystem collapse of the reef. Finding adequate food sources has been a key detrimental effect in some ecosystems. Migrating birds show up in areas once rich in insects, seeds, and nuts only to find that some of plants have bloomed to early or not all. Droughts caused by global warming are projected to dry up 90 percent of the United States central wetlandsremoving key breeding habitat for water fowl.
Obviously species that are already being stressed by habitat destruction, fragmentation, and encroachment by humans are only going to feel the compounded negative effects and result in even lower population numbers. Some of these species include the already endangered polar bear and amur leopard as well as many not so well known species such as the American Pika, Blue Crab, and ringed seals along with countless others. These species are losing the habitat that they require to live as a direct result of the rise in global temperatures. If humanity is not able to alter the course of climate change the consequences could be catastrophic. There is already a debate as to whether or not humans have created the sixth mass extinction event, and if we have how do we plan on stopping it.
With background extinction rates normally occurring at five species a year, scientist now project that we are anywhere from 1,000 to 10,000 times these natural background extinction rates. Extinction of the world’s flora and fauna has reached the point of crisis and is being accelerated by climate change. It seems that we have reached a critical global tipping point where we have the choice to either save our fellow Earthly roommates or allow them to perish as a result of our actions. Either way it’s our choice and if we begin making immediate changes we can lead the world into a brighter more sustainable future for all life.