The Migrant Caravan-Will Any Good Come Out of This? 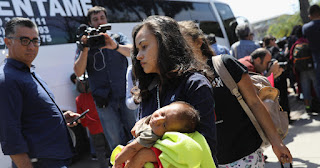 The immigrant crisis has definitely caused much debate over the past few years. The Republicans and Democrats both differ on how this crisis should be handled. Today we can clearly see a desperate caravan of refugees who are fleeing their homelands because of the overwhelming amount of violence that threatens their families. Refugees have been around forever and not all refugees become a liability in the countries they seek to live in. 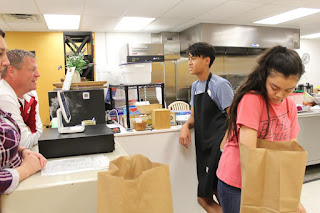 Some of the first Burmese refugees arrived in Fort Wayne more than 25 years ago following the 1988 national uprising in Myanmar which is also known as Burma. As a result of this many stores and restaurants have developed from and by the refugees serving both their growing population as well as the diverse backgrounds of different races and creed.

The Burmese restaurants reflect the diversity of the local Burmese population. Many of the restaurants are on the southeast side of Fort Wayne where many of the Burmese have populated and made their homes. The restaurants have been getting rave reviews for their cuisine of eggrolls, chicken dumplings, Burmese curries and other dishes. 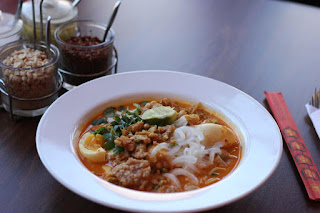 Many of the owners admit that the food they serve may not be exactly like the homeland in Burma or Thailand, but they have learned to be creative and adjust and adapt to the ingredients they can find in America. Ezra Kokonaing recently opened a restaurant with her husband called 'Nine House' She said, "One thing I learned from my dad was when you cook something, don't wait for stuff from the outside.  Use something close to you she said. When I cook something, I want it to be delicious, and I want to be transparent about what is in the dishes we make and how they are made."

Ezra is committed to using local ingredients. She wants her customers to know that she uses ingredients that are made in the USA and approved by the FDA. She says she chooses to use organic ingredients. She says, "It's so hard to find some things and there are a lot of packaged foods from different countries, and we don't know what they're made of.  The ingredients are sometimes not even listed on the bag," she said. 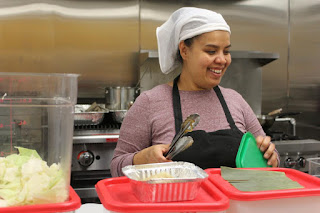 This is a refugee who has contributed to the American way. Who is contributing to her local community by providing healthy food in a pleasant environment. Ezra says,
"We're here to serve others."