Few high-profile politicians have taken up the cause of combating climate change as Al Gore has done. The former Vice-President of the United States (1993-2001) has been involved in  environmental activism for decades and has been a co-recipient of the coveted Nobel Prize (2007) for his work on the environment. Al Gore has been involved in a number of high-profile environmental conservation projects notably:
Film-making
An inconvenient Truth (2007) - This is an award-winning documentary that showcased Al Gore’s work in highlighting the dangers of global warming. The film was directed by David Guggenheim with input from Al Gore. The film takes the form of an illustrated presentation in which Al Gore reaches out to the whole world and warns of a ‘planetary emergency’ which has largely gone unnoticed but whose consequences will be very grave for the world. The film won two Academy awards for its role in highlighting this global issue on the environment.
An Inconvenient Sequel: Truth to Power (2017) - This is a sequel to the first film. The sequel was done to highlight Al Gore’s continuing activism on the environmental including rallying world leaders to take solid steps to combating climate change. These efforts have partially borne fruit as can be seen in the Paris Climate Agreement in 2016. 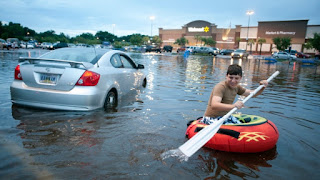 Climate Reality Project
This is an environmental awareness project bringing together leaders in environmental activism from all over the world. The aim of this project is to reach out to as many people as possible across the world and educate them on issues around climate change. The project uses methods such as personal outreach, social media, and storytelling to educate any willing learner who is then expected to take up the cause and reach out to others.
Green Investment Management
This is a London fund management firm established by among others Al Gore to help channel funds to green investments. With its headquarters in London, the management fund targets pension funds, foundations and high net worth individuals to influence investment in green projects.
Lectures and conferences
Al Gore is a notable speaker on climate change. He has been involved in a number of high profile talks making policy on climate change and environmental sustainability. He is the unofficial US representative in the UN Climate Change Conference that is aimed at coming up with agreements on among other things, greenhouse emissions.
Vegan diet