Organic Foods Can Heal This? WOW! 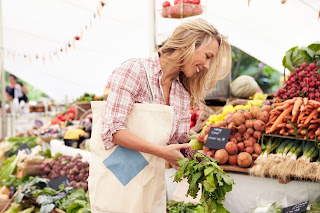 Who would have ever thought that you can protect yourself from cancer simply by eating organic. This is some pretty profound news. According to a study published  by JAMA Internal Medicine, people who eat organic frequently lowered their overall chances or risk of developing cancer. This is some healthy information that could send the organic food and beverage market through the roof.

The study though specifically focuses on those who eat a faithful diet of organic were found more likely to ward off non-Hodgkin lymphoma and postmenopausal breast cancer compared to those who don't. The study led by Julia Baudry an epidemiologist at Institute National de la Sante et de la Recherche Medicale in France looked at the diets of 68,946 adults over 4 years to make the determinations.

According to Baudry, "If the findings are confirmed, promoting organic food consumption in the general population could be a promising preventive strategy against cancer." According to the International Agency for Research in Cancer, they too have found that pesticides can cause cancer proving their findings consistent with Baudry.

What about the drawbacks?  When eating conventional foods there can be a discrepancy.  Some conventional foods are more dirty than others. Some organic foods can be not as clean as others. Where are you getting your foods plays a huge part in determining the affect it can have on your body. This study does conclusively show that organic would be better for your health, but does not prove that conventional foods will always cause cancer. 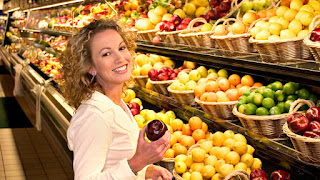 What should we conclude from this study?