Hurricane Harvey was A Monster-What Made it So Destructive? 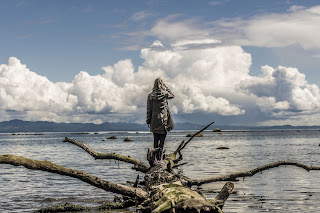 Many people are still trying to comprehend how Hurricane Harvey bore down on Houston, bringing with it billions of cubic meters of rain water and destruction on a sinfully large scale. As the death toll continues to add up, we can’t help but notice that Harvey was truly a peculiar hurricane. It intensified quite rapidly, lingered over a single area, and dumped record rains for several days.
Which begs the question: did global warming revved up the intensity of hurricane Harvey? A clique of bespoke scientists seems to think so. And here’s why they are dead right on the spot:
The Question of Wind Intensity before Landfall
Here’s the thing you need to know right from the outset: hurricanes typically dwindle in intensity as they approach the land. That’s purely historical and scientific. You see, evaporation is what fuels hurricanes, implying that the wet, hot ocean air is their rich source. That’s why they tend to lose power and virility as they approach the shore. Surprisingly, Harvey’s speed built up quickly in the last 24 hours to landfall. That alone is a sure-fire sign of the effect of global warming. 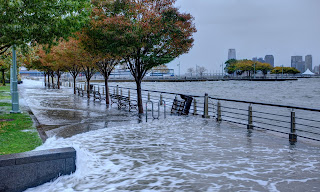 According to Professor Kerry at MIT, the potential for wind speeds to soar intensifies in warm temperatures. Borrowing a leaf from Kerry's Statement, we can say that Harvey swelled up because the air on its path was more heated than usual, implying global warming. Startling, right?
A storm that can add more than 60 knots to its speed in the 24 hours prior to landfall was unheard of. In fact, its frequency was estimated at once every century back in the 1900s. According to Kerry, however, we can expect these hurricane mammoths every decade or so by the turn of the century if global warming continues at its current rate. With Harvey having hit that threshold, it should be a huge wake-up call to the world.
The Question of the Volume of Rain
Harvey dumped more than record 50 inches of rainfall within a few days, something Texas has never experienced in its history. Most scientists are now in agreement that Harvey could only have been driven by global warming to pack enough moisture to deliver such tremendous volumes of water. As the planet continues to warm, heat buildup on the surface of the ocean enables the storm to sweep more moisture. And since the air within the storm, too, is warmer, its capability to hold more precipitation also increases.  No matter how you look at it, all signs point towards global warming as the primary culprit for Harvey’s ferocity.