How Wheat Can Be Harmful to Your Health 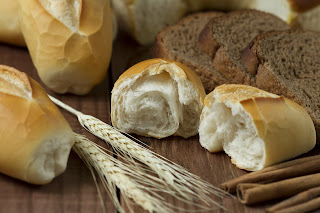 If you have been on the health trail for a while now, you have probably been doing your best to avoid all things wheat. Somehow, it seems that the attention is no longer on previous dietary evils such as carbs, fat, sodium, and sugar. Instead, the world has waged a war on good old wheat, which has been blamed for a range of issues including diabetes and autism.

It is true that refined grains, which include wheat, have contributed largely to the global obesity problem. Nearly everyone nowadays has something to say about the dangers of wheat but is eating too much wheat bad for you? Here are some documented dangers of wheat:

Wheat contains a lot of gluten

Gluten is the main component that is found in wheat and other grains such as barley, spelt, and rye. Gluten is what gives the dough its consistency and texture. Today’s research suggests that modern wheat contains higher amounts of gluten, which is an issue for people that suffer from gluten sensitivity. Gluten can prompt your immune system to attack your digestive tract, which can lead to a host of issues including bowel irritability, malnutrition, andeven weight gain.

Too many fake hormones

Wheat contains fake hormones known as xenoestrogens, which are chemicals that encourage the storage of fat in the body. These chemicals have been known to affect people in different ways but in men, they lead to the growth of man boobs or excess breast tissue, as well as an expanded waistline. In women, the effect of excessive wheat consumption is often felt in the stomach and thighs. 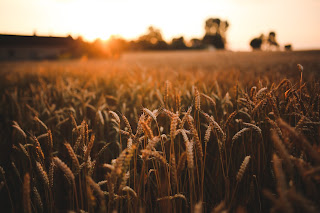 It can interfere with your thyroid

Sometimes the manufacturers of wheat-based products like bread use chemical conditioners such as potassium bromate to give bread that airy and moist quality. Potassium bromate is a harmful endocrine disruptor that interferes with the body’s hormones. It has also been linked to suppressing thyroid activity and even causing thyroid cancer. When the thyroid slows down, your metabolism is affected adversely, which could cause excessive weight gain in return.

If you enjoy wheat but don’t want to give it up consider:

Buying whole wheat items instead: Always check if your product is made with whole wheat. Please note that wheat bread or multigrain is not the same as whole wheat.

Reduce your potions: If you still want to eat wheat, trim down your portions to avoid being affected by the wheat.

Read your labels: Just because a wheat-based product is dark does not mean it is made with whole wheat. Manufacturers often use food color to darken the products so always check the label to be sure.