Fossil Fuel Pollution Needs Solutions and Just How Bad is It? 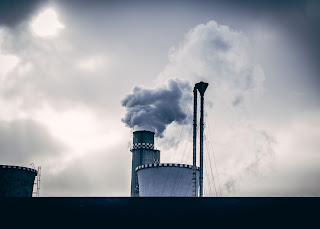 Everyone knows that fossil fuels are the driving force behind climate change due to the emission of the greenhouse gas CO2 when these fuels are burned. Beyond the threat of CO2 there are a number of other harmful aspects of burning fossil fuels that provide the world with power and transportation, but which effects the most people on an everyday basis? Now depending on where you live you may be affected by fossil fuels differently, but for anyone living in an urban area anywhere on the planet it seems that the pollution caused by the burning of fossil fuels is the most noticeable and in your face issue of all.  Air pollution can be caused by industrial power generation (i.e. burning coal and natural gas) or by combustion engines and can be very hazardous to your health. Air pollution can easily be seen in nearly any urban area on a calm day as a brownish haze or smog hanging over the metro area.

When fossil fuels are burned there are a number of pollutants that get released into the environment. These include fine particulate matter, carbon monoxide, sulfur dioxide, and nitrogen dioxide along with many others. These pollutants can cause a long list of health defects in humans and the environment alike. When inhaled into the lungs for many years these toxins are likely to cause breathing difficulties or even lead to lung cancer. While if introduced to the environment, sulfur dioxide and nitrogen dioxide are the precursors to acid rain which can and have wreaked havoc on some ecosystems by increasing the acidity of waterways.

In the western world there are a number of regulations which keep these pollutants, for the most part, in check. Yet in undeveloped and especially developing countries there are no regulations and mass amounts of pollutants are released into the atmosphere every day. Therefore most of the most polluted cities on the planet can be found in these countries.  The most polluted of these developing countries are namely China and India. These two countries have very high populations coupled with increasing industry and little regulation. In order to curb this massive pollution problem in these developing countries they will need to make some very basic changes which could include the following
If these changes were to be implemented in developing nations such as China and India the hazardous pollution caused by the combustion of fossil fuels would be decreased dramatically, and would therefore lead to a happier and healthier population of people as well as a restored environment.