Fashion and Recycling is All the Rage 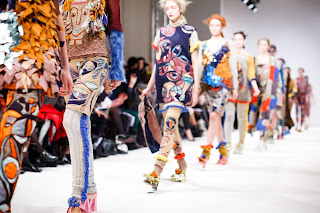 Fashion is an interesting stylistic concept. Everything that once was a style comes back later as style. If you live long enough, you will be amazed to find some fashion trends in your youth reincarnating and coming back to life.

A popular trend that is catching up is the sale of slightly used clothing.  People love a little of yesterday fashionable pieces such as recycled and used clothing because it can actually provide a quirky chicness to any outfit and that is if chicness is a word. One good thing about recycled clothing is that the pieces are very inexpensive which means anyone can be fashion forward shopping at thrift shops for only a fraction of what you would pay in retail stores.

Most people go through their closets and change their clothing about twice a year. If you have weight loss goals, you may find yourself changing the clothing in your closet three or more times in a year. just to get rid of the clothing that is too small or too big to fit into. These pieces eventually become fashionable pieces in the market. 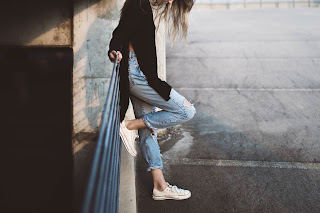 On the mainstream fashion scene, the ‘cycle of nostalgia’ runs between a decade to four decades or anything between. It seems like the modern designer's reference from the past. However, sometimes it happens sporadically. No one knows when certain fashions and styles will come back in full force and on the catfwalk.

Some of the most common fashion items that have come back to the scene include Doc Martens, Flannels, Babydoll dresses, platforms, bell bottoms, fringe, crop tops, and chokers. In the early 1990s flannel shirts, babydoll dresses and Doc Martens were a hot item. Those three items found their way back into mainstream fashion in 2013.

Another common item was the 1992 grudge fashion. Grudge made it's hayday in the 90's. In the 1970s fashion took center stage. There were sky-high platforms that became all the range. Naomi Campbell is best known for famously walking down the runway with the platforms of the Vivienne Westwood’s show of 1993. By mid-1990s, they had become a signature fashion statement.

Around the same time, bell bottoms became the ‘in thing.' They were commonly referred to as flares. 20 years down the line, flares and platforms have come back as hot pieces in the wardrobe. Big labels have sold millions of pieces to the new millennial generation.

The recycling of fashion pieces  is amazing. A few new fashion pieces of old will come to the scene only to find that they were only a redesign from the past. Most designer pieces are inspired from the yesteryears and from old recycled clothing. So don't through out those jeans and the sweater too soon, it just might be coming back in style. But if you have outgrown it, make sure you take it to the nearest recycling bin so the next person can reinvent and rock your style.
Share Share on Facebook Tweet Tweet on Twitter Pin it Pin on Pinterest