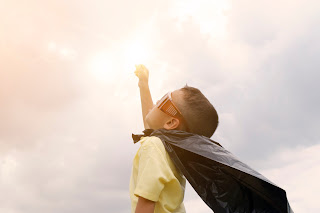 The International Food Policy Research Institute reports that the worldwide average calorie intake will be lower in the year 2050 than it was in the year 2000. This will be caused by declining food yields as extreme weather continues to take toll on agriculture especially in South and Central Asia, and Europe, for example, wheat yields are expected to decline by 46, 35 and 47 percentages respectively. This will happen even as the world’s population is expected to rise to 9 billion people by 2050. How will climate change contribute to lower food yields and availability?
Extreme drought
Warmer weather is leading to chronic drought in several parts of the world especially in Sub-Saharan Africa. The Horn of Africa countries have experienced repeated drought seasons in the last 10 years, and this trend seems to be the new normal.
In these countries, the larger part of the population depends on rain-fed agriculture and pasture. Longer drought seasons are wiping off whole livestock herds and leading to massive crop failure.
Declining wildlife populations
A substantial number of the world’s population depends on wildlife as a source of protein. This includes both land animals and fish. Expanding populations have seen the natural habitats of land animals shrink significantly which has led to declining animal populations as their feeding ranges shrink. Warmer sea temperatures are making the sea less habitable and leading to fish migrations. 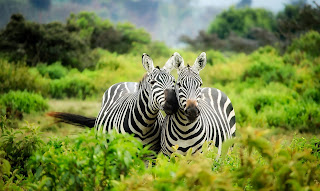 Resource conflicts
Water is becoming a more prized natural resource leading to conflicts between communities and even countries as they seek to secure and control water access.    These conflicts have been seen in countries like Sudan and Nigeria. Displaced populations cannot engage in productive agriculture and have to rely on aid.
Natural disasters
Even in places where farmers practice irrigation and mechanized agriculture, extreme weather disasters are taking a toll on agriculture yields. Good examples are the storms seen in the Southern United states like Hurricane Irma which leave a trail of destroyed farm crop and livestock.
Over-reliance on vulnerable species
Wheat and rice are the two top agricultural crops in the world.  There is not much effort to increase the production of weather resistant crops such as cassava, even as reports such as above show that wheat and rice will decline because of extreme weather. This leaves a large number of people vulnerable when these two crops fail.
Skewed markets

Lower agricultural production has the effect of disrupting markets. The available stocks are taken up by those who can afford it while leaving those most vulnerable at the risk of starvation.
We are responsible for humanity and if we are going to eradicate the world hunger crisis, we must not neglect climate conditions and global warming. The next generation is depending on us.
Share Share on Facebook Tweet Tweet on Twitter Pin it Pin on Pinterest
Back to GREEN YOUR LIFE BY WHOLEROLL