Do You Want to Know Why Winter Seems Like Spring? Here's Why. 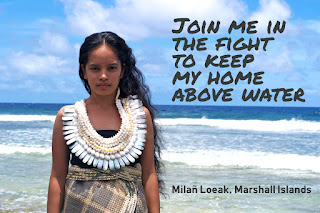 Global warming is being seen in the changing weather patterns around the world. Some parts of the world have become hotter and drier while some experience flooding and extremely cold weather. These changes are attributed to global warming meaning the earth’s atmosphere has become hotter. This is because higher volumes of heated gasses are getting trapped in the atmosphere. Carbon dioxide is one of those gasses. Scientists have established some of the major sources of this gas and they are:

Energy production
Electrical energy is mainly produced by heating water to turn electric turbines. Some of the materials that are burnt to get this heat include natural gas, coal, and heavy petroleum oil. Burning these materials releases the carbon dioxide in them into the atmosphere. It is estimated this accounts for 25% of carbon emissions. Another ways is...

Industry
A further 21% of carbon dioxide is emitted by heavy industries. The processes of chemical, metallurgical and mineral transformation are used in making items like plastics, electronics, and fabrics and so on. These processes involve burning of fossil fuels which release carbon dioxide. Plastics, for example, are made from heavy petroleum products which release carbon dioxide when they are getting processed.
The cement manufacture industry has been identified as a contributor of 5% of all carbon emissions. Calcium carbonate is an essential component in cement manufacture. When it is heated, it releases high volumes of carbon dioxide. Cement is heavily used in the construction of roads, buildings and other vital infrastructure which make this a growing carbon emission source.

Transportation
Vehicles, aero planes, ships and rail locomotives heavily use petroleum fuel for propulsion. Carbon is also emitted in extraction and delivery of this fuel. 95% of the world’s transport is based on burning fossil fuels, mainly petrol, diesel and jet fuel. This contributes about 14% of the carbon dioxide emissions in the atmosphere.
The US has the world’s highest number of motor vehicles. In fact, 20% of the carbon dioxide emitted in the US comes from the transport industry. 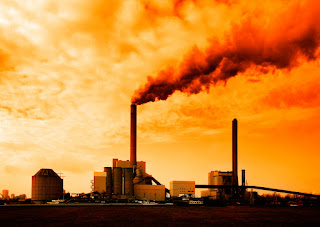 Agriculture
Agriculture has been identified as contributing to 24% of all carbon emissions. It has been estimated that there are over 65 billion animals in intensive farming which is also called factory farming. This huge number of animals releases a huge collective volume of carbon dioxide into the atmosphere. Deforestation also plays a significant part in global warming. If we continue to cut down trees at the rate that we are currently doing, there is no natural way for the carbon to be sequestered out of the air.

Domestic use
Many families around the world rely on carbon fuel for heating, cooking and lighting needs. This includes burning of felled wood fuel for cooking and heating in the poorer developing countries, and use of natural gas in the more developed societies.

In order for us to decrease global warming we all have to play a part. Government, state, local communities, small businesses and every household can be a part of the solution. How you say? We must transition to those sustainable solutions such as wind energy, solar power, electric vehicles and the many other green options available. If winter seems like spring and we don't change our earth damaging habits.  Can you image what summer will soon start to feel like? Reduce, Reuse, Recycle. It matters.