Climate Change and Trees-Here's What You Need to Know 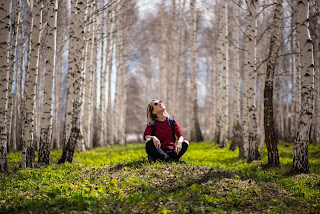 Yes, absolutely climate change has everything to do with all the greenhouse gases and other toxic substances that are polluting the environment. However deforestation plays a more significant role in global climate change than earlier thought. From ever-expanding agricultural production, logging, and a raft of other economic activities, destruction of swaths of forests adds more atmospheric carbon dioxide than the sum total of automobiles on the roads across the globe.

The effects of global climate change on the environment are already noticeable. Droughts are now more prolonged and stronger, storms are more powerful than ever before, and an expanse of polar ice is melting away. The good news is that several different initiatives are being employed to curb the emission of greenhouse gases. But, are we doing enough to roll back the effects of deforestation?

Which begs the question: how does climate change depend on trees? Here’s how.
You see, deforestation, and especially the destruction of world’s rainforests, add more CO2 to the atmosphere than trucks and cars combined. That makes tree loss a much more significant contributor to climate change. A closer look at the numbers shows that deforestation accounts for about 15% of world’s carbon emissions,while scientists attribute approximately 14% to trucks and cars on our roads.

Even worse, destruction of forests and other changes to land use account for nearly 23% of current atmospheric CO2 emissions. That means cutting of trees equates to about 17% of the century-long warming impact on the environment  of all greenhouse gas emissions. 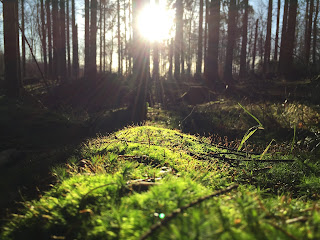 At the very basic, trees help eliminate excess CO2. As you were taught at school, trees (or any plant for that matter) draw CO2 from the air to make food. Utilizing sun energy, trees convert carbon derived from CO2 into building blocks for their branches, trunks, and leaves. That’s carbon cycle 101.

Nonetheless, the primary reason deforestation must be addressed in regards to climate change is that when they are logged, trees release stored carbon into the atmosphere. Once carbon enters the environment, it mingles with a slew of other greenhouse gases, contributing to global warming inadvertently.

The problem is that we are logging at an alarming rate. According to EDF (Environmental Defense Fund), 32 million acres of rainforest were destroyed annually from 2000 onwards. As such, the lesson is that we should be putting as much effort and resources into preventing deforestation as we do to spruce up energy efficiency and reducing our carbon footprint. Reforestation is a must, but so is our responsibility in making sure we embrace tree free products such as those made from bamboo.
Share Share on Facebook Tweet Tweet on Twitter Pin it Pin on Pinterest
Back to GREEN YOUR LIFE BY WHOLEROLL