Can We Really Say to Ourselves What a Wonderful World 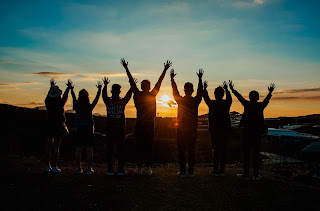 Every generation has a battle. Every generation inherits a struggle. Every generation must create solutions to deal with the crisis at hand. Every revolution from the industrial revolution to the technology revolution has developed ingenious acts of invention that become remedies to a relevant problem. So what are the biggest concerns of today?
It has been said that climate change is the greatest national security threat for our nation, but yet there are so many who don't even believe there is a problem. Some even think it is a financial hoax established only to make advocates wealthy. Pretty sure there is an easier way to get wealthy than to create up a problem that doesn't exist and expect people to believe it.  Well believe it. There is a problem and no one is getting wealthy. In fact climate change is costly. Billions of dollars have already been lost because of torrential rains, heat waves, category 5 hurricanes, flooding waters, forest fires and draught. 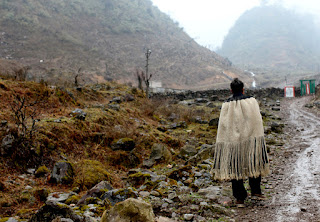 This generation, the millennials and generation Z have the loudest cry and they do so for a reason. The reason simply is they will feel it the most.  In their retirement, this young generation will not only be engulfed with the physical devastation of climate change, but they will be stuck with paying for it. They will inherit the economic downturn that is perhaps inevitable if more action is not take immediately.
There are more leaders now than there have ever been to address this issue. Al Gore in fact understood the impact of climate change over 30 years ago. He is one of the pioneers of climate action. He and recently others have brought greater visibility to this man made crisis now more than ever. We all can play a part. We all must first acknowledge that there is a problem first. Nothing can ever be fixed unless you realize that it's broken.
Dr. Martin Luther King fought for justice and not just for his generation, but for the generations that were to come. So to it is with climate injustice. We must take a stand not just for the now, but for the benefit of future generations. Those are our children and who will be affected are their children and their children's children. Remember, this land is your land. This land is my land. I see tree of green, red roses too.... Let's make it a wonderful world.
Share Share on Facebook Tweet Tweet on Twitter Pin it Pin on Pinterest
Back to GREEN YOUR LIFE BY WHOLEROLL