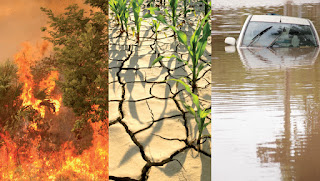 It was sad and very discouraging to see the US, the world’s biggest economy dramatically withdraw from the Paris Accord. For those who don’t know, the Paris Climate Agreement is an agreement within the UN framework that involved states and their strategies to finance, adopt and put in place strategic efforts to cut greenhouse emissions by the year 2020.

The US withdrawal from the accord aside was not good and does not remedy the matter. Global Warming is still a massive headache. Record temperatures are being recorded both locally and globally. However, the temperature rise is just but one of the myriads of small and big signs of climate change. Herein, we are going to look at seven apparent indicators of global warming.

#1. The Ocean Water is Getting Warmer

The amount of heat energy dissipated by ocean water has dramatically increased in the past 20 years. In fact, scientists have found out that the top 0.5 miles of  water in each ocean on the globe has gotten warmer.  The major coral reefs are ailing, global fisheries are suffering, and this temperature uptick is threatening marine ecosystems.

The Arctic sea ice is melting away by approximately 3.2% every decade.  In the past, the sea ice cover in the Arctic region reached its lowest in September but regains its state by winter. That’s no longer the case, according to Union of Concerned Scientists.

#3. Temperatures Over the Land are Increasing

The frequent wildfires across California is a sure-fire sign of rising temperatures and global warming. However, the change has been noticed everywhere in the world, from Sarasota, California to Siberia, Russia. 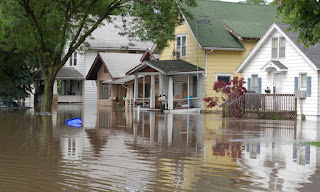 It seems that hurricanes, typhoons, and storms are getting more ferocious, and bigger every passing year. Why? While climate change doesn't essentially cause them, hurricanes become more intense and frequent as sea water temps rise. In fact, 2017 saw the busiest hurricane season on record. At the same time, never-seen-before powerful monsoons hit parts of Bangladesh, Nepal, and India causing massive floods and scores of casualties.

#5. Air Over Sea Water is Getting Warmer

Temperatures over sea waters are increasing and this again contributes to the intensities of hurricanes, typhoons  and monsoons.

Interestingly, the acidity levels in our oceans have been risen by about 26% since the tumultuous industrial revolution. What a wake-up call, right? That’s because more carbon is being trapped in warmer ocean water, killing off more corals.

This one is a detriment to all the coastal residents. Everyone knows that sea waters have been pushing boundaries for the last century or so. In fact, scientific data shows that sea level has been gradually rising at around 0.1 inches since 1900.
Share Share on Facebook Tweet Tweet on Twitter Pin it Pin on Pinterest
Back to GREEN YOUR LIFE BY WHOLEROLL