5 Ways To Convince Donald Trump that Climate Change is Real 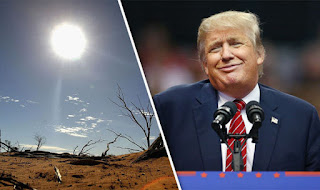 Donald Trump recently said that no one was really sure that the climate change is real. His sentiment has spurred fears that his administration will not support any initiatives to save the planet from the adverse effects of climate change. Not all is lost; we can still convince Trump and his administration that climate change is real. These are proven effects of climate change that hopefully can bring some measure of realization to him about this global problem.
We now have better technologies that are giving us accurate results. Most of the people that argue that the earth has not warmed up in the last 15 years use inferior technology to reach their conclusions. Earlier technologies only measured temperatures on the surface. With the new technology, we can also measure the core temperature. The earth has indeed warmed up like it would if four nuclear bombs were detonated on its surface.  Lets take a look at a few ways we can convince Donald Trump.
There is the rise in sea levels across several coasts around the world. This is attributed to the melting of glaciers and ice caps. It is also attributed to changes in gases found in the sea. The average global sea levels rose by 6.7 inches in the last century.
There is an ever-rising trend in global temperature over the past one and a half centuries. With the global temperature monitoring data from 1800’s, scientists have consistently seen that there was a steady rise in the 70s, temperatures slowed in 90s, and the raising pattern bounced back in the 2000's and has contributed mostly to the industrial revolution and carbon emission pollution created from it.
Trump's insouciance in the face of overwhelming scientific evidence of climate change—even lapping up on his own doorstep—makes him something of an outlier in South Florida, where mayors are actively preparing for a future under climate change. 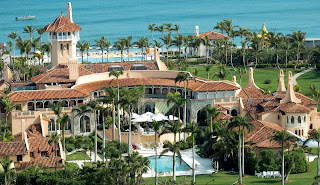 In 30 years, the grounds of Mar-a-Lago could be under at least a foot of water for 210 days a year because of tidal flooding along the Intracoastal water way, with the water rising past some of the cottages and bungalows, the analysis by Coastal Risk Consulting found.
The levels of acids are going up thereby making the oceans more acidic. More of the harmful gases that are emanating from human activities are being absorbed by the oceans. This is a leading reason for mass populations of fish dying in many parts of the world. We can also talk about the:
Glaciers in several mountain areas around the world are shrinking due to the reduction of atmospheric gases that help maintain the cold temperatures. This is evident in Greenland and the Antarctica. According to NASA, Greenland lost between 30 to 60 cubic miles of ice each year between year 200 and year 2006.
These are real scientific facts and some that hit very close to home for even Donald Trump. Global climate change is real. There is hard data that shows that it is happening. The sooner the Trump administration realizes the importance of this matter the faster we can address the problem before its gets out of hand. Time is a major factor in dealing with climate change. The longer we delay cooperate efforts to create solutions, the sooner destruction will manifest and manifest much more rapidly causing greater global damage. Hopefully, let’s just hope that the light bulb goes off in the administration, and they will begin to put people before profits. Let’s believe sooner rather than later that the Trump administration will understand the magnitude of this problem because the few problems that we just discussed is just a tip of the iceberg and in respect to all the polar bears and melting icebergs there is no pun intended.