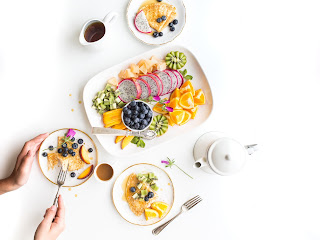 The Paleo diet has been praised for its numerous benefits ranging from a better metabolism and more energy to clearer skin and fat loss. According to studies,  adopting the diet which encourages eating as our ancestors did results in a stronger, healthier and leaner body. It has therefore been called the caveman diet, Stone Age diet and primal diet among others and basically you start it by asking yourself what would a caveman eat. In the earlier days, there were no processed foods and hence Paleo diet is mainly consistent of organic unprocessed food that made up the diet of the early Paleolithic humans.
The diet consisted of fruits, meats, vegetables, seafood and nuts foods containing fiber, protein, vitamins and minerals, omega-3 fatty acids and unsaturated fats. Besides just focusing on food, adopting the Paleo diet is almost synonymous to adopting the Paleo lifestyle as it is not meant as a short-term dieting plan amd neither does it underscore the importance of exercise. In fact, Paleo lifestyle places emphasis on exercising, citing the fact that our ancestors led active lifestyles and were constantly on the go. Here are 5 ways the diet is good for your health.
Eating Unprocessed Foods Boosts Your Health
The Paleo diet cuts out processed foods which due to packaging may contain a lot of sugar and sodium. These commercially prepared foods can therefore be dangerous and not good for your health. Indeed, studies reports show that people who eat home-cooked food for most part of the week are at least 47% more likely to be alive 10 years later compared to those who eat out most of the time relying on processed foods. 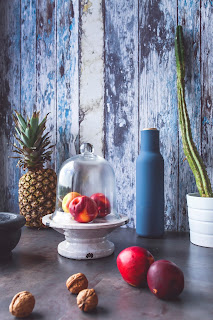 It Promotes Healthy Cells
Due to the consumption of unsaturated fats in the form of omega-3 fatty acids, the body gets a healthy share of these fats which provide a healthy balance for the growth and function of the body’s cells. Most modern diets however tend to contain too much of saturated fats and too little of unsaturated fats.
It Helps Boost Mental Health
Since the Paleo diet emphasizes eating a free range of meats and fish that is caught in the wild as opposed to pond-reared, these foods will provide the organic and will contain healthy proteins and omega-3 fatty acids which contain DHA. DHA is great for the development and functioning of the brain.
It is Rich in Nutrients
The diet which comes under fire for eliminating grains is actually nutrient-rich and has vitamins, healthy fats, proteins, minerals and fiber from the fruits, vegetables, meats, and nuts among others making for a balanced diet.
It Aids Digestion
The diet consists of food rich in nutrients and fiber which is easily digestible and maintains a healthier gut. A healthy digestive system is the core of your health. If your digestion is disrupted from processed sugars and other unhealthy habits, it will in fact cause problems in other areas of the body.