4 Ways that Nature Boosts Your Health 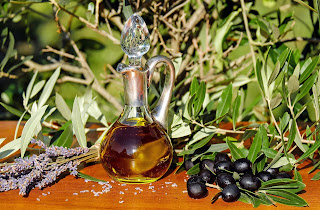 Man has always recognized the healing power from time immemorial. Before the advent of modern medicine, man relied on nature to supply his medicinal herbs. The ancients also recognized the health benefits of spending time immersed in nature. A study done by the PLOS journal showed that people with mental illness that spent time in nature improved by as much as 50% after a month. There are different ways in which you can benefit from the healing power of nature.
1.    Mental health benefits
Being out in nature relieves the mind from the pressures of everyday life. The mind is not subjected to stressor factors like ringing phones, traffic jams, and work meetings. Instead, the mind is free to explore other sounds like tweeting birds, buzzing insects, and fluttering leaves. Outdoor meetings are found to be more productive as participants are more upbeat and willing to consider their place in influencing the future.

The Japanese discovered the immune boosting properties of nature long ago. The Japanese have a practice of shirin-yoku which roughly means ‘forest bath.’  This is walking in a forested area. This has been linked to phytoncides that are released by trees, which have antimicrobial properties. Practitioners of forest bathing have been found to experience lower blood pressure and better parasympathetic activity. 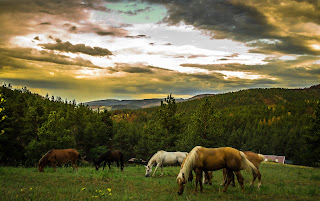 The Journal of Physical Activity & Health did a study comparing those who exercise outdoors and those who exercise in the gym. The study on 11,600 people showed that people who exercised outdoors had twice as much motivation to exercise outdoors. Their routines were also found to be twice as effective.
People who spend more time outdoors are found to be more physically active which makes them reap huge health benefits.  Exposure to sunlight boosted levels of vitamin D which is vital for strong bones.  The air in forests, parks or beaches has also been found to be cleaner than the air in cities and other built up areas.

Medical studies on healing patients have shown that those who come in contact with nature heal faster than those who spend healing time in sterile rooms surrounded by chrome, steel, and concrete. Medical doctors did a study in the 80’s and it showed that patients who had windows looking out to nature healed at a faster rate than those who had rooms that faced walls. This was confirmed by studies that showed patients who saw nature based images like murals, aquariums, nature paintings and the result was they had faster rates of healing.