4 Ways that Global Warming Will Cost the Millennial Generation 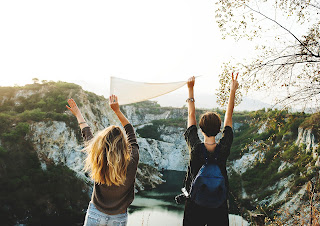 The millennial generation is the now generation. When it comes to global warming, most of the problems that will be faced will manifest greatest in their elder years. Everyone is responsible for making sure the brunt of these global issues does not end or destruct just one generation. We all have a part in helping to combat climate change, but unfortunately the timetable and the greatest impact are likely to fall on the millennials.
Global warming poses a bigger threat than simply the sea covering coastal cities. In fact, it is estimated that the millennials will lose over $8.8 trillion in the combat of climate change. If circumstances remain the same, their mainstay and traditional ways of life will be disrupted.
Here are four main ways the climate change will affect the millennials.
Higher cost of living
Global warming will create higher living costs in terms of food and tax. Around the world, food prices are higher due to an abundance of crop failure as a result of global warming. City and statewide taxes are being implemented to help cover the costs of rebuilding and infrastructure loss due to floods and other effects of climate change. This scenario trickles down to the young families that are just starting families which is the Generation Z and the Millennial generation. Moreover, in an effort to take care of the environment, governments around the world are raising their tax to fund their efforts and unfortunately in the end the overall cost of living goes up at a higher rate than inflation due to the devastating effects of climate change.
Many natural catastrophes
In the last three decade’s there has been an increase of natural disasters at a magnitude that has not been experienced in the past years. Flood prone areas are experiencing more than the standard rainfall levels. Other places are experiencing droughts, hurricanes, and cyclones. The natural catastrophes are blamed for sudden decline in economic development in many areas and loss of life in many other areas. This is something that the millennials will be confronted with and will be fiscally responsible for. 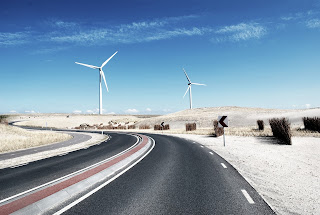 Rising health issues
The degradation of the environment has brought with it a number of public health issues that has not been experienced in the past. There is sudden rise in incurable or high mortality conditions like cancer and asthma related conditions and they stem from pollution from industries that are not practicing sustainability and are often cases found in poverty stricken areas where environmental conditions are not good. These inadequate conditions and unregulated areas will raise the cost of healthcare and lead to lower life expectancy in many cases. Unfortunately, the cost will be borne by millennials as their population is on the rise in urban centers and developing areas.
Source of social transition and innovation
There is one bright side to this global problem. Climate change and global warming has opened a multi-billion avenues for millennials to develop solutions and benefit from such innovations. The issues have also led to the increase of social awareness and concerted efforts in coming up with solutions for the environment.
As countries have come together to sign treaties like the Kyoto and Paris agreements, millennials are tasked with creating solutions to help see that the treaties work. And though the United States just recently pulled out of the Paris Agreement, there is a greater sense of urgency from local communities and state as well as the private sector to create solutions that will and can be a implemented to fight this global crisis.