What Role Can Millennials Play in Combating Climate Change? 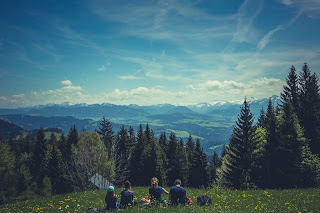 If you are paying any attention to the world these days it is painfully obvious that we are living in a time of utter environmental destruction. Luckily there is a new generation on the rise that has been raised knowing about these issues and is therefore conscious of the environmental peril facing the planet. It is this ecofriendly consciousness that makes the “millennial” generation more than willing to combat the surmounting planetary issues. Although willing they may be, it is often difficult to decide which issue to combat on a personal level due to the sheer number of problems. Luckily there does seem to be one single pressing issue that stands out among the crowd, which is that of climate change.
The idea of climate changehas been around since the early 20th century when we first realized the planet was warming as CO2 levels were increasing due to the industrial revolution. It was soon found that increasing CO2 was more than just correlating with global temperature increase but in fact the driving force behind it. It is of key importance that the up and coming generation is able to focus on combating the issue of climate change. In the following article, I will show the reader a few of the most promising ways that they can help in battling the issue of climate change and hopefully be able to curb the current environmental trajectory toward a more synchronistic relationship between man and the planet.
The following is a list of personal lifestyle changes that millennials can use to lower their carbon footprint on the planet. Although geared towered the younger generation there is no reason these changes cannot be implemented by someone of an older generation if they should choose to do so.
11.)    Choose alternative transportation
For every gallon of gasoline burned in an internal combustion engine almost 24 pounds of CO2 are released into the atmosphere. So driving your car around town doesn’t bode well for the environment. Therefore the best way to combat your personal carbon footprint would be to use alternative transportation that would cut down on your total emissions. You can do this by choosing to ride the bus or carpool with friends or family, which doesn’t not eliminate your carbon emissions but they are substantially reduced. So the best form of alternative transportation is obviously to use a vehicle which doesn’t burn fossil fuels. Riding your bike to work or around town is a great way to reduce your personal carbon footprint and you get the bonus of getting some exercise as well!
22.)   Get involved in the issues
Whether you set up an environmental movie night where documentaries are shown highlighting important ecological issues or you write a letter to your senator stating your concerns about climate change, just get involved. By voicing your opinion on these issues it brings some much needed notice to them as well as informs people on issues that they may not even know exist.
33.)    Turn your heat down/air conditioning up
Heating and cooling your home consumes extreme amounts of energy. In fact the average American home produces 6,400 pounds of CO2 every year in heating their homes which in very cold areas can go as high as 9,000 pounds. Being conscious of this fact and lowering your thermostat in winter and raising it in summer can save as much as 120 pounds per degree of CO2 from being produced. Since this article is directed toward millennials that may not own a home yet, you will have to play the middle man and inform your parents on the issue of climate change and attempt to persuade them to alter the heating and cooling in the house. If that doesn’t seem to work you have my permission to turn the thermostat down/up yourself, besides they most likely won’t even notice the few degrees difference.
44.)    Watch what you eat
By changing some of the foods that you eat is a great way to lower your carbon footprint. Food production is often overlooked in the conversation of CO2 emissions but food produces 8 tons of CO2 per hold in the US which accounts for 17 percent of the household total. This 8 tons comes from the production and transportation of the food item. Therefore highly processed foods and food produced far from where they are being sold have the largest carbon footprints. Meat, eggs, and dairy have the highest carbon footprint due to the inputs required to raise and feed the animals as well as processing and transportation of the final products, whereas fruits, vegetables, and nuts have much lower footprints because they do not require feeding or processing. Therefore local organic produce will have the lowest carbon footprint and should be what we consume the most of. Not only is it good for the planet but it is healthier for our bodies as well.
55.)    Use the internet and social media
The young people of today have resources at their fingertips that were not even dreamed of 30 years ago. With the creation of Facebook, twitter, Instagram and hundreds of other social media platforms information can be acquired and spread in seconds. This gives the millennial generation the ability to spread new environmental information to help inform the world or connect with people also trying to make a difference. This is the single most important tool that millennials have to today. Through the internet and proper social networking techniques the young people of today have limitless possibilities where they can actually have a voice in the issues that most concern them. By getting enough like-minded individuals together with a common goal in mind the sky is the limit to the immensity of change that can and surely will occur.