Skip to content
Take 15% off your first order! Use code 15off - Top Seller in Bamboo TP on Amazon

Were Cave Men Healthier Than Us? Benefits of eating from the Earth 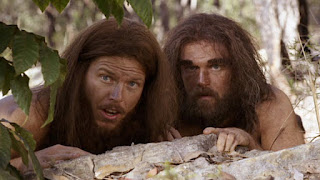 Thousands of years ago before man started growing cereals, humans hunted animals and gathered roots and fruits for their food. This is what is now considered as the Paleo diet. Was the diet better than we take today? Can the diet provide for the nutritional needs of the modern man? Here are some highlights of the caveman diet.
The Paleo diet  advocates the same foods that were taken by the hunting and gathering ancestors. It involves meats, fruits, seafood, meats, and vegetables. The diet lowers the body’s glycemic load and has a healthy ratio of unsaturated to saturated fatty acids. Moreover, it increases the nutrient and vitamin consumption. Health experts have found that this diet also contains an optimal balance of carbohydrates, fat, and proteins.
Was the diet healthier?
While some of the health benefits of the Paleo diet are unproven, several benefits can be derived from the diet. The ancestors did not have as many chronic diseases as we do today even if part of benefits came from the lifestyle they led. One of the problems that the modern population has is obesity. It has developed from a high intake of salty and fatty foods as well as excess carbohydrates. The ancestors took in food that was low in fat (they ate lean meat), did not take processed salt and cereals at all. The physical exercise that is involved in the hunting and gathering also contributed to low weight gain.
In essence, the diet was healthy in many aspects. However, today it is required we take in additional supplementation from dairy products, and carbohydrates to take care of the modern man’s energy needs that are disproportionate to the Stone Age Period. So what are the benefits to eating like the cavemen. Lets analyze the Paleo diet. 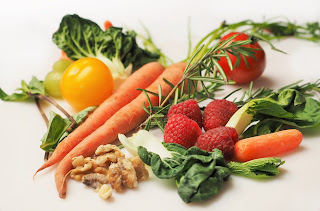 The benefits of the Paleo diet
·        Clean eating
When on the Paleo diet, you eat are eating food that is natural unprocessed without any additive and preservatives. The more you take in whole foods, the lesser the body craves for sugared and salted foods.
·        More exercise
Part of the Paleo diet involves an exercise regimen. This further enhances your health.

Inflammation is usually caused by the damaged gut lining. It causes some autoimmune diseases and allergies. The Paleo diet deals with the major causes of inflammation namely alcohol, sugar, and gluten.

The Paleo diet increases the intake of healthy fats and proteins. These foods help you stay satisfied for long. In the end, you eat less, and you do not feel deprived.
So did the cavemen have a much healthier diet than we do today. Perhaps they did. They ate from the earth which is the most wholesome and healthy way for your body to get all the nutrients that it needs. In this instance we just might need to regress and live as the cavemen did.