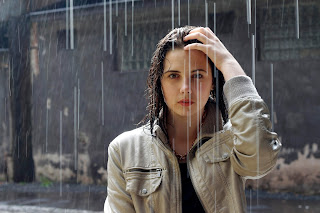 11.)   Earthquakes
Yes that is correct. Earthquakes and specifically earthquakes induced by the pumping of high pressure fracking fluid into the earth’s crust in an attempt to locate and harvest the stores of natural gas hidden there can cause earthquakes. In this search for precious natural gas, according to the USGS, the mid-western United States is experiencing more and more numbers of earthquakes of magnitude 3 or higher. In fact there were over 1,000 recorded in the year 2014 with the largest reaching a magnitude of 5.6 in Prague, Oklahoma which was large enough to reportedly cause damage.

22.)    Strip Mining
This effect of fossil fuels is a little more known than the earthquakes caused by natural gas drilling. Strip mining is a mining technique used to harvest coal where layer after layer of earth is removed until the coal seam is reached. Once reached the mining company will follow it until it runs off the property or runs out completely. The environmental impacts of this mining technique are often tremendous. Removal of entire swaths of forests are obviously detrimental to the surrounding ecosystem and the local species. Other environmental effects of strip mining include water drainage pollution (introduction of iron, manganese, and suspended solids) as well as the destruction of natural topography and wildlife habitat.

33.)    Acid Rain
Acid rain sounds like something out of sci-fi movie but it is an unfortunate reality when it comes to burning fossil fuels. When fossil fuels are burned (primarily coal) more than just the greenhouse gas CO2 is emitted, but also SO2 (sulfur di-oxide) and NOx (nitrogen oxides). When these two chemicals are mixed with water, like in the atmosphere, they become sulfuric acid and nitric acid. These acids then fall to the ground in the form of precipitation in a phenomenon known as acid rain. Normal rain has a pH of 5.6 (slightly acidic) while acid rain usually falls with a pH of between 4.2 and 4.4. When this acidic rain washes into nearby waterways it tends to leach heavy metals, such as aluminum, from the surrounding clay. This introduction of aluminum into the system creates an imbalance that many aquatic plants and animals cannot tolerate. Also if the pH in a waterway drops to low, usually around pH 5.0, the ecosystem may be unsuitable for many of the species that once called it home.

So yes fossil fuels is a big contributor to climate change, but they also have a host of other cons to extracting and using them.  Let's end the use of fossil fuels.